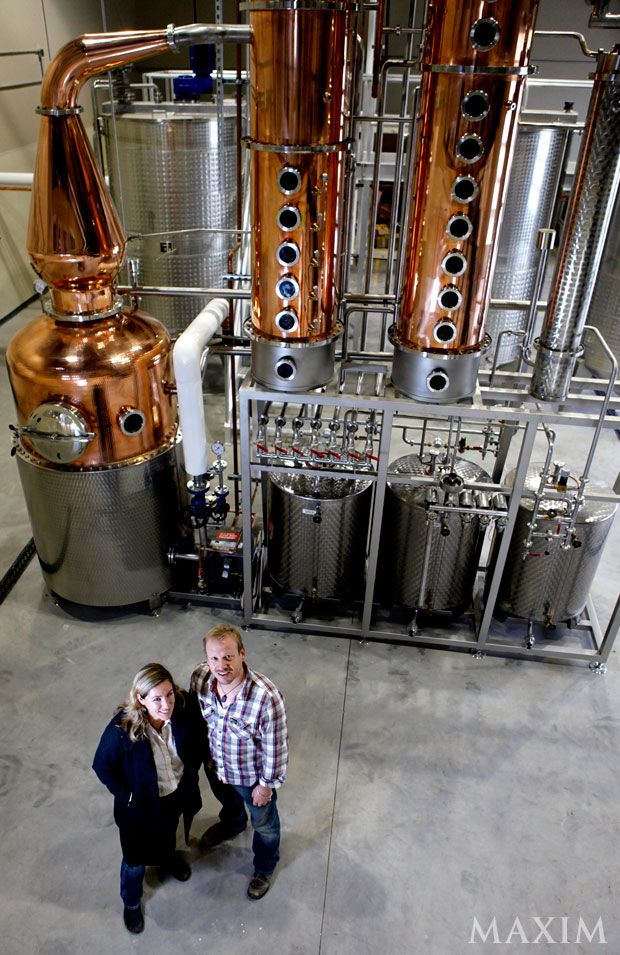 Posted at 17:08h in In the News by Proleadsoft 0 Comments
0 Likes
Share

Northern California’s distillers are rebelling against the entrenched vinocracy.

Prior to Prohibition, many of Sonoma’s wineries produced brandies and grappa. After the 18th Amendment was repealed by the 21st, the wineries quickly recovered and multiplied. But hard liquor took nearly a century to find its way back to California’s pleasure valleys. Now it’s back and worth seeking out.

The first post-Prohibition distillery in the county was Hello Cello, which opened in 2009 after Denver native Fred Groth visited and was struck by the Mediterranean climate and how perfectly suited it was for producing limoncello. “If it was going to happen anywhere,” he says five years later, “it was going to happen here.”

Groth is no longer on his own. Hanson of Sonoma now takes advantage of local crops to make organic grape-based vodka, and Adam Spiegel, the owner of Sonoma County Distilling Co., ages whiskey in barrels that imbue grain liquor with a bit of extra punch thanks to the hot days and cold nights that have them perpetually expanding and contracting.  “Sonoma County has been known for great wine, great beer, great food, and now great whiskey,” says Spiegel. “We are building a new legacy among the vines.”

There are now nine distilleries operating in Sonoma, most of which opened in the last four years. Even more, like Healdsburg’s Alley 6 (whose first whiskeys will be ready in 2016) are coming soon.  According to Ashby Marshall of Spirit Work Distillery, “The last few years have seen a lot of changes for the local spirits scene. We’ve seen more people become interested in distillation and producing their own products and more consumers take note of where their products are coming from.”

While locals are eager to attribute the growth in craft spirits to the region’s history of producing artisanal products, the boom really began when a local liquor law changed. Prior to January of 2014, distilleries were prohibited from offering paid tastings. With the change in law, these craft distillers have thrown open their doors and invited visitors to come taste their products. It’s a different sort of boozy trip to NorCal.

Spirit Works Distillery
UK native Timo Marshall comes from a family of sloe gin distillers, so when he moved to the Northern California home of his wife, Ashby, the two decided to carry on the family tradition together. The Marshalls perfected their craft in various workshops and through stints working at other small distilleries then opened Spirit Works Distillery in the town of Sebastopol. The duo use 100% organic Red Winter wheat from northern California to grind and brew the mash that becomes the gin, which is then infused with whole sloe berries to create sloe gin, a liquor similar to port or cassis.  This year Spirit Works is also releasing its first barrel-aged gin and whiskey, which, like the sloe gin will be made entirely onsite, a distinction very important to the Marshalls. “The grain to glass process is something we really value and what we consider to be a requirement for creating a premium product,” says Ashby, “Handmade. No corners cut.”