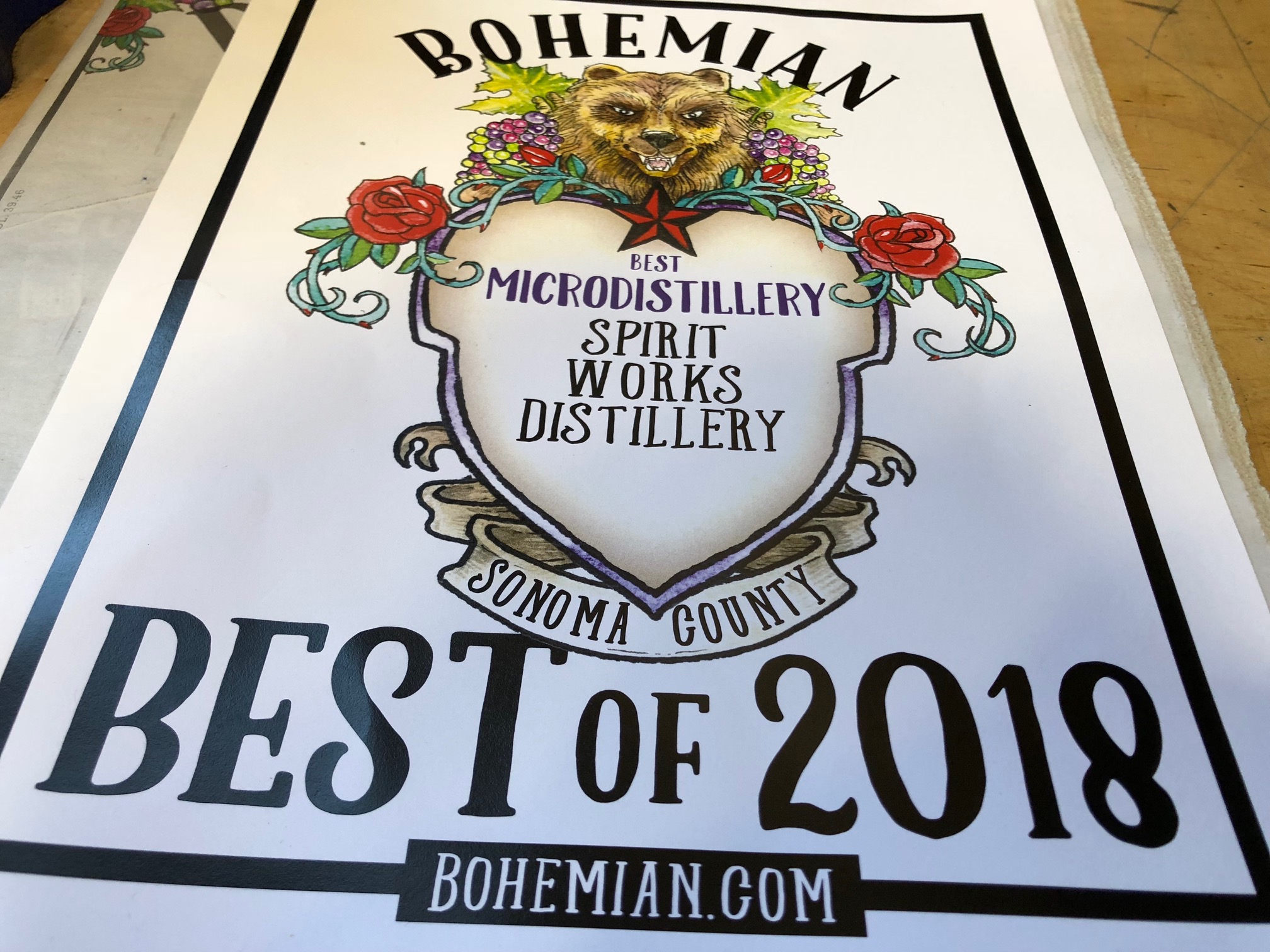 Posted at 13:42h in In the News by Proleadsoft 0 Comments
0 Likes
Share

For our second year in a row!

Spirit Works Distillery is among the hundreds of small-batch, artisan microdistilleries making small waves in the big pond of the spirits sector. They’re also interested in waves of a different kind—soundwaves. After Timo and Ashby Marshall founded the distillery in Sebastopol in 2013, it wasn’t long before their unique style of gin and vodka, distilled from certified organic, California-grown winter wheat, could be enjoyed.

But the whiskey, once made, isn’t whiskey until after a long, long wait. It’s not much fun for another two years, at least—the time it takes to earn the label “straight wheat whiskey.” So to kick things up a notch, Timo and Marshall devised a little experiment: some barrels are set aside to age straddled by headphones attached to iPods playing diverse playlists that have been on repeat for two years or longer. Of course, there’s a control batch of whiskey that’s simply mellowing out in near total silence.

The quirky gambit gets the attention of visitors touring the distillery, to be sure. But the whiskeys, once bottled, have also played out favorably in blind tastings. In the contest of “bluegrass barrel” vs. “Nutcracker barrel,” according to Spirit Works cofounder Ashby Marshall, “the Nutcracker was by far the blind-tasting favorite, with a notably smoother, longer finish.” Next on the list is a barrel subjected to hit singer Santigold, sometime later this year. Although we cannot confirm whether there’s a Depeche Mode barrel of Spirits Works wheat whiskey, we’re sure that, if there were, we could just not get enough. 6870 McKinley Ave., Sebastopol. 707.634.4793. spiritworksdistillery.com.—J.K.