An Ode To California Bourbon and Homemade Pasta 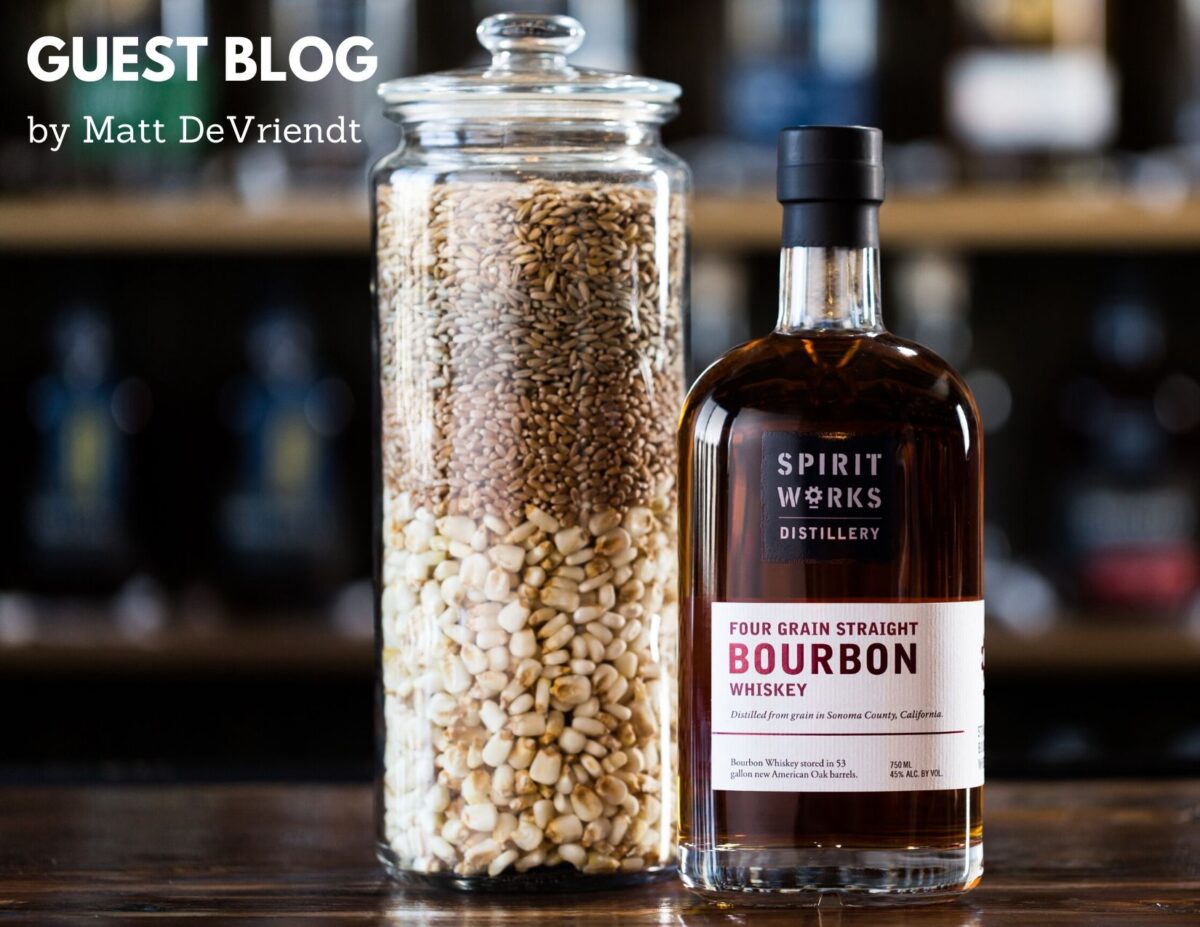 23 Apr An Ode To California Bourbon and Homemade Pasta

It’s hard to be grateful, but one thing we have been given right now amidst all this is perhaps our most important resource: time. What we do with that time is the real secret. Learn new things? Think about the good times? Who knows, maybe even try out making pasta?

I’ll share my best (and only) pasta-making story. I was a young single waiter back in NYC, and found myself too broke to make the trip back home to Ohio that Christmas. My buddy graciously invited me to hop on a train and join his Italian-Irish American family in a suburb outside Philadelphia. I was probably one of 20 or so family and friends that stopped by their house that Christmas Eve, and my favorite memory by far was one of their family traditions – making ravioli from scratch for that evening’s meal.

There were stations all over the kitchen: dough-making, cutters, stuffers, and “forkers” at the end. (Forkers were mostly the kids and me, those who couldn’t be trusted with any of the other, more important jobs. Our job was to “fork” the edges of each ravioli.) The last living great-grandparent had the most important job of them all, Pop-pop Pete would send the dough through the pasta maker achieving paper-thin delicacy in a continuous motion, always rolling with one hand while taking dough with the other. The stuffers did exactly what you would think, dolloping ricotta (with tiny bits of mint mixed in) over each perfect circle that had been cut by one of the seemingly infinite trains of aunts, rotating in and out as they worked between glasses of wine. The craftsmanship was a sight to behold, but the real joy of the experience was being made part of the familial chatter throughout the process. We probably worked for 2 hours, but by my memory, that was the whole day. Aunts and uncles would float in and out, making fun of how rusty someone’s skills had become or reminiscing about when they were young. Kids would run in and “fork” one or two ravioli, then run away to play with an aunt yelling behind them. It was a scene from a movie, truly. Whatever picture you have in your head is the right one.

As you might expect, that evening the ravioli was absolutely magnificent. Was it the experience? Of course, it played a major factor. To this day I am yet to be satisfied by a cheese ravioli at any restaurant, though I keep trying because I want something to come close and give me that same feeling of being welcomed to someone’s family.

If you’ve been to Spirit Works Distillery, you’ve probably experienced the feeling I’m trying to describe. Timo and Ashby are active owners every day, with their two dogs in tow. Everyone is smiling, and the whole family is working toward a common goal. The tasting room workers are waiving through the windows to the distillers, while the sales manager may be out grilling food for everyone to share at lunch. They believe in making the whole thing from scratch from start to finish because they’re a family and that’s what their family does. When making pasta or booze, there is a factor that can’t be marketed, promoted, or put on a billboard. When human hands touch a thing, it just means more. Whether it’s Pop-Pop Pete or Lauren Patz at the helm rolling out the pasta… you gotta get a taste of that. You need to get in on that feeling because who knows when you’ll be invited to join that dinner again?

I often say to people that we’re trying to do something different in comparison to other spirits wholesalers, and that’s true. But the real truth is that our producers are already doing it, we’re just offering it to the masses. We didn’t create the Spirit Works family, they just invited us into their home.

What does it mean to be a four grain Bourbon? Or more precisely, why should we care? Well, it turns out that when you’re building a factory it’s really difficult to change things. For whatever reason, most Kentucky distilleries were built with whatever traditional mash bill they were already using in mind. Therefore, the overwhelming majority of Kentucky Bourbon is made with a three-grain mash bill. Have there been some with four? Sure, are there any that are widely available? Nope. It’s too much work. And too much work means too much money because factories run on efficiency. Less efficient means fewer dollars to the bank by the hour, by the minute, by the second.

In this case, being small means SWD doesn’t have to be anything to anyone that they don’t want to be. So they put four grains in there and made a true California Bourbon in the process. This Bourbon tastes like what it’s made from. Yes, there is vanillin and cherry notes like most Bourbons, but the real points of differentiation come when you start to pick out each of the four grains and savor the way they balance one another. When is the last time you actually sensed the flavor of buttered popcorn when you drank a Kentucky Bourbon? This whiskey actually tastes like what it’s made from, 60% Corn! The rest of the mash bill is comprised of 20% Wheat (organic, from California) 15% Rye, and 5% Malted Barley. This bourbon is a minimum of 4 years old and aged entirely in 53-gallon barrels.

I hope you’ll all get a chance to try some. There’s few chances to taste Bourbon made with real hands.