A Bar Above- What is Sloe Gin? A Liqueur Steeped in Tradition 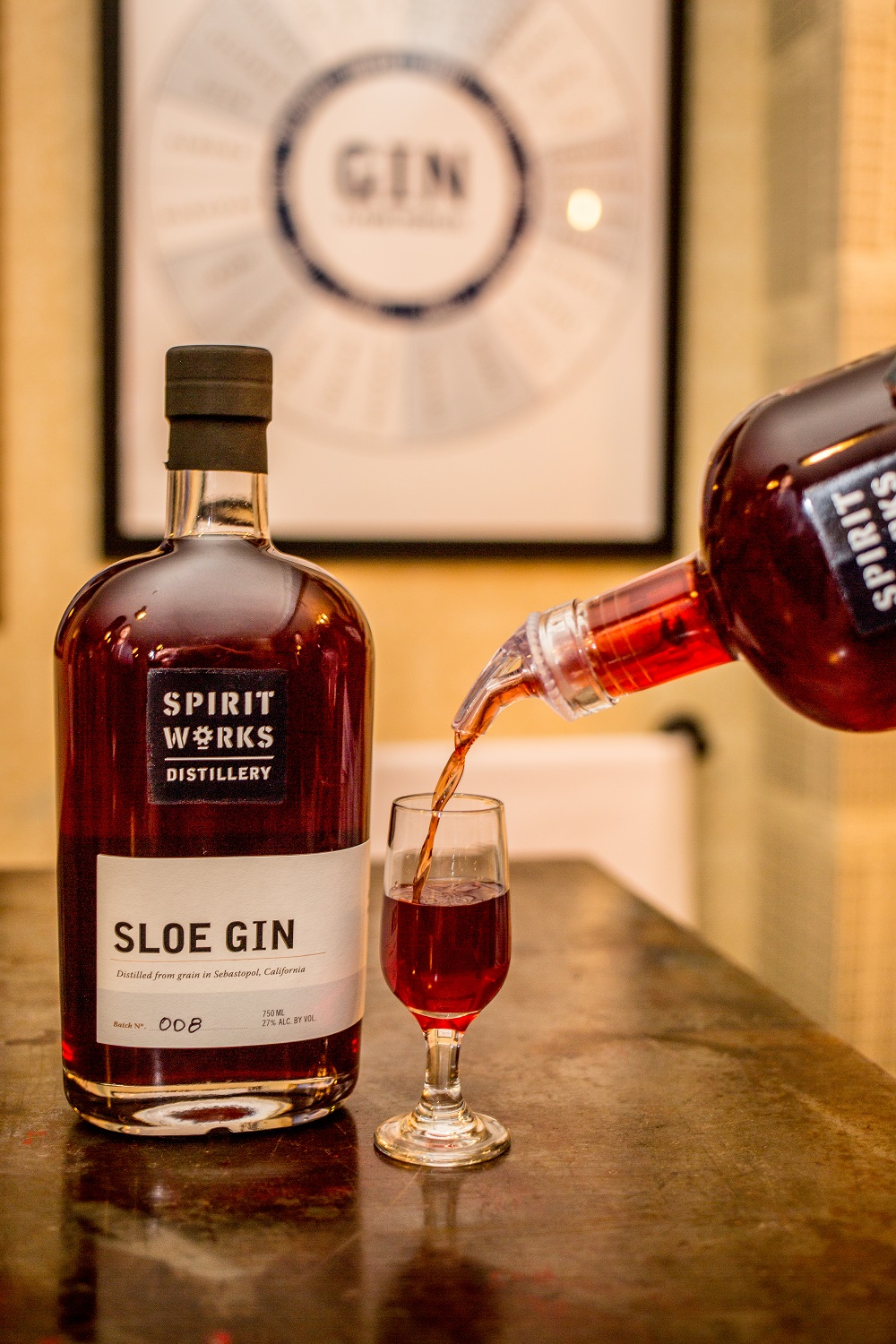 15 Jun A Bar Above- What is Sloe Gin? A Liqueur Steeped in Tradition

Posted at 16:14h in In the News by Proleadsoft 0 Comments
0 Likes
Share

There are relatively few commercial producers of Sloe Gin, and Spirit Works Distillery, located in Sebastopol California is one of them. They kindly invited Chris and I to join them for a tour of their facility and to learn their story, and how their Sloe Gin is made. Here’s what we learned about Sloe Gin and the story of the Distillery itself!

Little-known stateside, Sloe Gin is a sweet, often homemade liqueur that’s a fairly common inhabitant of English cupboards. In a way it’s a bit like England’s version of Lemoncello – a sweet liqueur made by infusing a readily available fruit with a common spirit and sugar. Also like Limoncello, Sloe Gin recipes have been passed down for generations – sometimes kept very secret and sometimes even entered into local Sloe Gin competitions.

For Spirit Works’ co-founder Timo Marshall, the story was no different. For generations, his family spent each autumn picking sloes and slowly refining the recipe each year. In fact, the recipe was so important to the family that Timo had to be very careful when he decided to partner with his co-founder, wife, and head distiller Ashby Marshal and start the distillery. Timo always mentions that when he first moved to the US with Ashby, he was surprised and distraught at the lack of Sloe Gin available. They sought to remedy that!

“It was very important to Timo and Ashby that they respect and honor the tradition of the Sloe Gin that his family made” said Jess Shumaker, head of marketing at Spirit Works, “They went back to England and actually worked with Timo’s family to adapt their traditional recipe into the one that we use. There are some great photos of the whole family getting in on the process.”

Contrary to what you’ll hear on the street (if you talk about Sloe Gin on the street that is), the fruit used in Sloe Gin are not technically “Sloe Berries”. You could be forgiven for making this mistake – they look very similar to blueberries, and lots of people call them “berries”. In actuality they are a relative of the Plum family and are called Sloe Drupes, or “Sloes” for short.

Traditionally, the “recipe” for making sloe gin starts with buying a bottle of Gin from the store. But since Spirit Works actually does the whole process, starting with grain – I thought it’d be interesting to start from scratch. After getting the Sloes in the building, the process has three main steps: making the spirit base, turning that base into Gin, and then actually making that gin into the final Sloe Gin liqueur.

Long before the sloes touch the gin, the Spirit Works’ team has to find and source the fruit. Historically, Blackthorn bushes (and their fruit, sloes) do not grow in the United States. They do grow in Europe and parts of Asia and Africa. To make matters more challenging, they are difficult and costly to harvest. The bushes are named “Blackthorn” due to their dark bark and prolific thorns.

Spirit Works only uses organic sloes which they source exclusively from Bulgaria. The sloes are received frozen. Traditionally Sloes are picked after the first frost because the freezing process helps break down the cellular structure of the fruit, improving their flavor. Nowadays it’s not uncommon for Sloe producers to receive the sloes frozen or freeze them after receipt for this reason.

Making the Spirit Base

Many distilleries nowadays will actually buy their base spirit from large wholesale producers, but it was important to Timo and Ashby that Spirit Works would operate as “Grain to Glass” – meaning their products come in the door as grain and undergo the full end-to-end process under their roof.

The spirit base is now ready to be made into the gin, which is the base for the Sloe gin.

With the gin complete and the sloes in the building, it’s time to refer back to Timo’s family recipe. (Traditionally, families would buy their gin, not distill it themselves – I guess you could call Timo & Ashby “overachievers”!)

The final product is truly delicious. Don’t mistake it for Gin – while it’s made with Gin, the flavor is much more of a liqueur at this point. I personally prefer the Spirit Works Sloe Gin to others on the market because they have deliberately chosen to scale back the sugar – so you can still taste some of the botanical elements of the gin alongside the tart fruitiness of the berries.

While we haven’t mentioned it yet in this article, Spirit Works also makes Wheat and Rye whiskeys – meaning they have quite a few barrels on hand. The temptation was just too much and it wasn’t long before the Sloe Gin found its way into a barrel.

We had the opportunity to taste the Barrel Reserve Sloe Gin and I have to say, it is fantastic. The barrels seemed to calm a bit of the tartness and rounded out the flavor even more. I wouldn’t say you could taste the oak influence – thanks to the dominant flavors in the gin and from the sloes – but it really was unlike anything I’d tasted before.
This might be a fun project for anyone who owns a small barrel for aging cocktails – if you can find some Sloe Gin (or make your own), I highly recommend it!

See the story on A Bar Above here